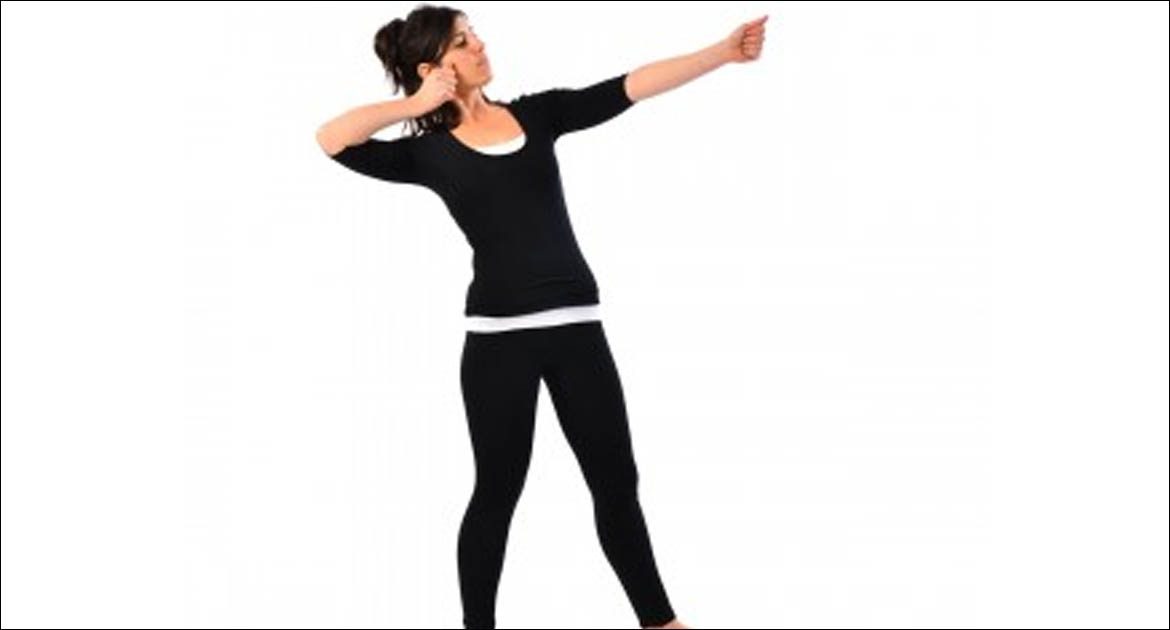 Stand erect with the feet shoulder width apart and the arms at the sides.

Take a short step forward with the right leg.

Gaze over the right fist as though holding a bow and arrow, and fix the eyes on an imaginary target. Inhale and slowly pull the left fist back to the left ear, tensing both arms as if drawing the bow. The head should move back slightly with this motion so the neck muscles become taut. Keep the left elbow up at shoulder level.

Exhale and release the imaginary arrow. Relax the neck and bring the left fist forward to the right fist.

Practise 5 times on each side.

Benefits:This asana exercises the shoulders and also uses the short and deep muscles of the neck and shoulder blades.

These muscles are not often exercised and can hold a significant amount of postural and subconscious tension which is responsible for stiffness and pain. The alternate tensing and relaxing smoothes out the energy flow and relaxes the muscles. This asana is helpful for people with bad posture, cervical spondylitis, writer’s cramp and shoulder or arm stiffness.