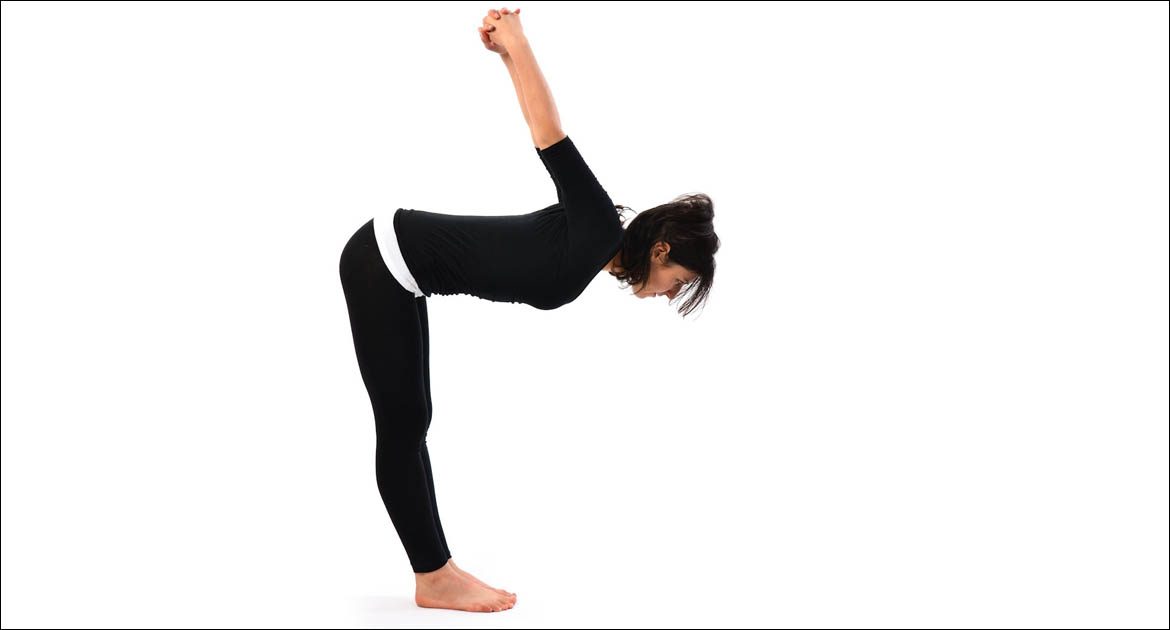 Extend the arms behind the back and interlock the fingers.

This is the starting position.

Bend forward from the hips so that the back and face are parallel with the floor.

Raise the anus behind the back as high as possible without strain. The arms act as a lever and accentuate the stretch given to the shoulders and chest.

Remain in the final position for a short time, lower the arms to the back, and then return to the upright position.

Inhale while returning to the upright position.

Awareness:Physical – on the stretch of the arms, shoulders and upper back, on keeping the back straight and parallel to the floor, and on synchronizing the movement with the breath.

Benefits:This asana strengthens the muscles between the upper spine and the shoulder blades, and develops the chest and neck. It is especially good for young, growing bodies.