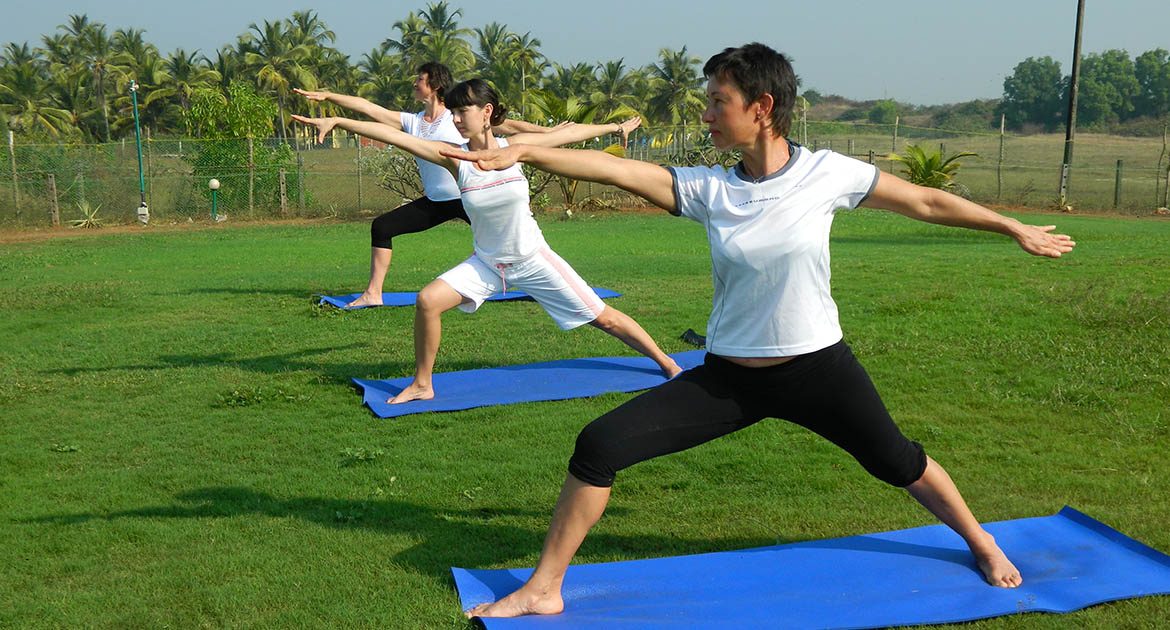 Hatha yoga is also called Hatha Vidya, as a part of Hindu origin, Hindu tradition believes that Lord Shiva himself is the founder of hatha yoga. In the 20th century, hatha yoga, particularly asanas (the physical postures), became popular throughout the world as physical exercises, and is now termed as “YOGA”.

According to legend, Lord Shiva is credited with propounding hatha yoga. It is said that on a lonely island, assuming nobody else would hear him, he gave the knowledge of hatha yoga to the Goddess Parvati, but a fish heard the entire discourse. The fish (Matsya) later became a siddha and came to be known as Matsyendranath. Matsyendranath taught hatha yoga to his disciple Gorakshanath and to a limbless man, Chaurangi. Hatha Yoga Pradipika mentions many other famous hatha yogis. Hatha yoga was thus passed down in disciplic succession.

Yoga is a Sanskrit word meaning “union with God.” ‘Ha’ is Sanskrit for sun and ‘tha’ is moon. Hatha therefore is the bringing together of all existence into a wholeness and unity. Hatha yoga begins with physical postures–asanas–designed to strengthen the physical body and nervous system. The spine is strengthened and all internal organs and functions are enhanced. Once these postures, or ‘asanas,’ are mastered (and this can easily require years of daily, regular practice), we begin the practice of pranayama.

Pranayama is the practice of regulating one’s breathing. The mind is affected by our breathing and our breathing is affected by our mind. When we are fearful or nervous we take shallow, short breaths. When we are calm and relaxed, we breathe deeply and fully. By recognizing this interconnection we can devise ways to make our minds calm and peaceful by slowing down our breathing patterns. This is the essence of pranayama. The breathing process is lengthened and slowed by a conscious filling of the lungs as fully as possible. This involves a conscious contraction of the stomach muscles, a lengthening of the spine and diaphragm, and a determined effort to opening the lungs to as much air as possible which involves the muscles of the ribs, shoulders and spine. Once pranayama is mastered (and this, it is said, should never even be attempted without the guidance of a genuine spiritual master) the seeker has gained immense awareness of the wondrous powers within the human frame.

Yoga Vimoksha is a Yoga training school based in the Mollem forest, near the Dudhsagar waterfalls in Goa. Yoga Vimoksha conducts teacher training courses as well as other courses which include training in Hatha Yoga.