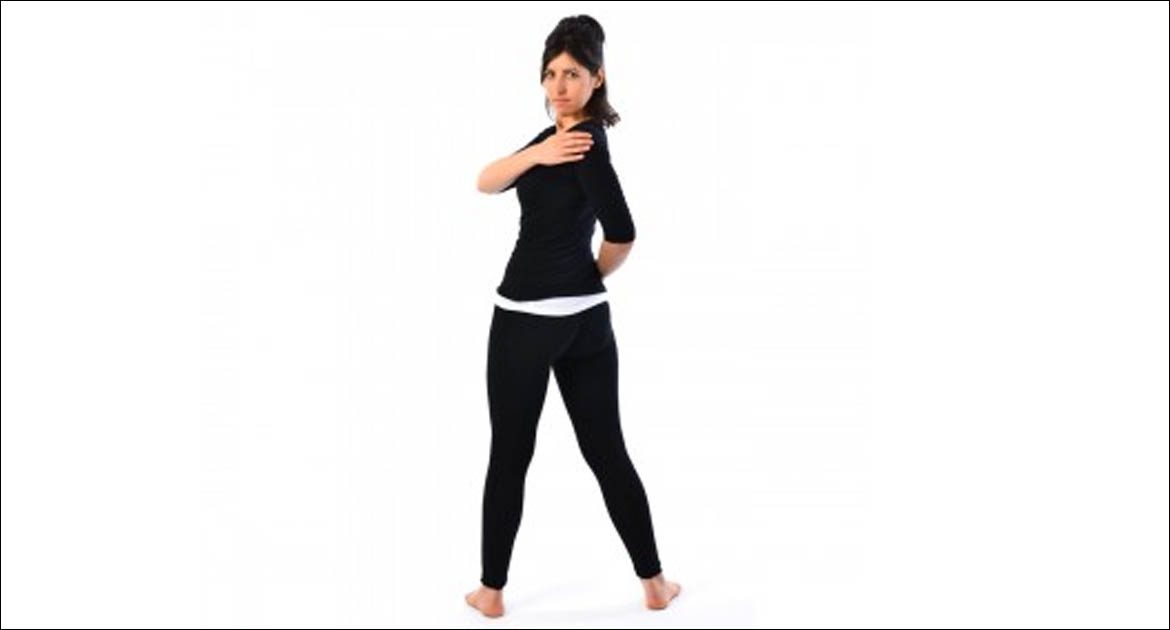 Stand with the feet about shoulder width apart and the arms by the sides.

Raise the arms to shoulder level, and then twist the body to the right.

Keep the back of the neck straight and imagine the top ofthe spine is the fixed point around which the head turns.

Return to the starting position.

Repeat on the other side to complete one round.

Keep the feet firmly on the ground while twisting.

Relax the arms and back as much as possible throughout the practice. Do not strain. The movement should be relaxed and spontaneous.

Perform the rotation smoothly, without jerking or stiffness.

Exhale twisting to the side.

Inhale returning to the centre.

Exhale while releasing the posture.

Awareness: On the stretch of the abdomen and spinal muscles, and on the breathing synchronized with the movement.

Benefits:This asana tones the neck, shoulders, waist, back and hips. It is useful for correcting back stiffness and postural problems. The relaxation and twisting movement induces a fee ling of lightness and may be used to relieve physical and mental tension at any time during the day.